The 2,100-acre Quantum Loophole project in Maryland is envisioned as a prototype for the future of hyperscale computing, offering huge sites with enough land and power for years of growth. Here's a closer look at Quantum Loophole's plans for its first campus.

The data center campuses of the future will be bigger. A lot bigger, if you ask Josh Snowhorn, who is creating a “data center city” in Maryland.

Snowhorn is the founder and CEO of Quantum Loophole, which has acquired 2,100 acres of property in Adamstown in Frederick County. The project is envisioned as a prototype for the future of data center campuses, providing cloud computing companies with huge sites that offer enough land and power for years of growth.

Snowhorn describes the project as the “first-ever, mass-scale gigawatt data center community.” It will tap the massive power infrastructure of the former Alcoa Eastalco Works smelting plant, which offers a gigawatt of transmission power capacity.

Extending the Ashburn Cluster into Maryland

Quantum Loophole seeks to provide access to the huge cloud cluster in Northern Virginia, but will do so from across the Potomac in Maryland. Adamstown is about 20 miles north of Ashburn, the key regional connectivity hub. That’s roughly the same distance as Manassas in Prince William County, where a growing data center cluster has emerged. Quantum Loophole hopes to build a similar cluster in Maryland, only with lower costs for land and power.

But first, they’ll need fiber. Quantum Loophole has begun work on a robust fiber loop that will connect its Adamstown campus with key hubs in Data Center Alley in Ashburn. It’s part of the expected 18-month process to transform the site into a future-ready data center campus.

Scale isn’t the only area where Quantum Loophole is thinking differently. It plans new approaches to backup power and network management. The campus will include a “battery farm” to offer large-scale energy storage, as well as a robotic cross-connect system to automate interconnections.

Quantum Loophole is among the new companies building massive campuses for the bigger clouds of the future. This super-sizing of data centers is a theme Data Center Frontier has been tracking over the last five years, noting capacity design trends in hyperscale campuses and the developers that serve cloud clients.

This continuing next-level growth is also seen in the approach of Yondr Group, which plans to deploy 500 megawatts of capacity as it enters the Northern Virginia market. Another example is TA Realty, whose first campus in Leesburg will span seven buildings and 1.5 million square feet. The incumbents are also building bigger, as seen in Digital Realty’s plans to build a 7.5 million square foot cloud campus near Dulles Airport.

The pioneer in giant data centers has always been Switch, which set the standard for “Internet scale” with its 2008 unveiling of the SuperNAP in Las Vegas, which at 400,000 square feet was about four times the size of “large” data centers. By 2017, Switch was building 1.3 million square foot data center buildings as it opened its Citadel Campus near Reno, which at 2,000 acres is the nearest equivalent to the plans outlined by Quantum Loophole.

Building at this kind of scale is complicated in a market like Northern Virginia, where latency really matters. As Snowhorn began discussing a 2,000-acre campus, it also became clear that Quantum Loophole was targeting the Ashburn cluster, which left market watchers scratching their heads. Where could a developer find 2,000 contiguous acres in Northern Virginia, where land banking has tied up most of the large development sites?

The answer turned out to be Maryland, which has always has plenty of land adjacent to the Ashburn cluster but had not seen meaningful data center development. The development math shifted in July 2020 when Maryland enacted new tax breaks for the data center industry, including exemptions from state sales and use tax for investments of $5 million or more.

Snowhorn believes the tax breaks are a game-changer for Maryland. “The idea is that we’re tethering into the Ashburn and Loudoun County ecosystem,” he said, adding that Quantum Loophole intends to have small modular sites near Ashburn to terminate fiber and tie into the key fiber routes serving Data Center Alley.

The economics of the Maryland location may help. Local media reported that the 2,100-acre Alcoa site was acquired for $100 million, or about $48,000 per acre. Prime data center development properties in Northern Virginia have recently sold for more than $2 million an acre in Ashburn and nearly $1 million an acre in Prince William County.

An even larger cost factor is electricity, which Snowhorn says will be priced at an attractive 4.4 cents per kilowatt hour at the Frederick County site.

Quantum Loophole’s approach can accommodate development sites for large customers, or creating build-to-suit data centers of up to 600,000 square feet. The company plans to develop 30- to 120-megawatt data center modules, and the site has abundant land available.

“We’ll build powered shells we have designed out that are highly modular,” Snowhorn said. “The limiting factor around those buildings is no longer generators, because we have massive battery plants that are able to supply backup for our customers and centralized facilities.”

The battery farm will also be modular, with additional capacity added as the development scales. The leading option is lithium-ion batteries, like those being used in battery implementations at Google and Switch data center campuses. Snowhorn said Quantum Loophole will also consider additional emerging battery technologies.

“Everything we’ve done has allowed us to be lockstep with what (hyperscalers) are actually asking for,” said Snowhorn. “We aren’t trying to shoehorn them into our box. We’re building a box that they want. We didn’t go into this with a ‘build it, they will come’ mentality. We went into it with our customers, doing it together with them.”

TPG Real Estate Partners (TREP) will be the project’s capital partner, and is taking a minority equity position in Quantum Loophole.  TREL is the real estate arm of asset investment firm TPG, which manages more than $100 billion and the latest global investor to target the data center sector.

The transformation of the Alcoa site aligns with the trend of converting power-intensive industrial sites to support the new digital economy. Data centers are an important component of this movement, and Snowhorn says that opportunity goes far beyond Frederick County.

“I’m looking at other industrial sites around the country,” he said. “I want to do this many times over. I want to take brownfield sites, reclaim them from being environmental hazards and remake them for the future of the Internet as sustainability-focused assets.”

The Colossal Future Cloud: Land Deals Hint at Even Larger...

Are Your Sales People Asking Customers the Right Questions?

Too often, sales peoples' questions don’t help them or their customers learn and...

A new white paper from Server Technology explores how efficiency and sustainability,... 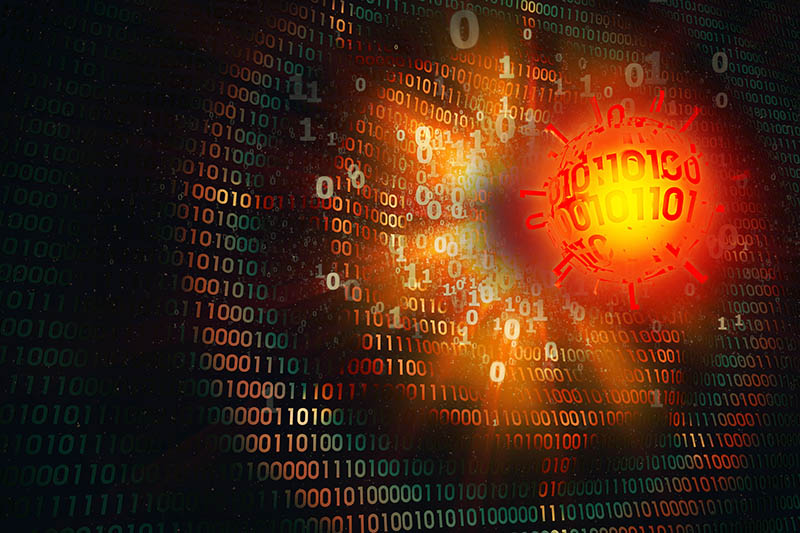 How to Choose the Right DDoS Protection Solution

Leaders in the edge, cloud, and data center space have looked to modular data center...

It's not a matter of choosing or favoring either data center, cloud, or colocation,...